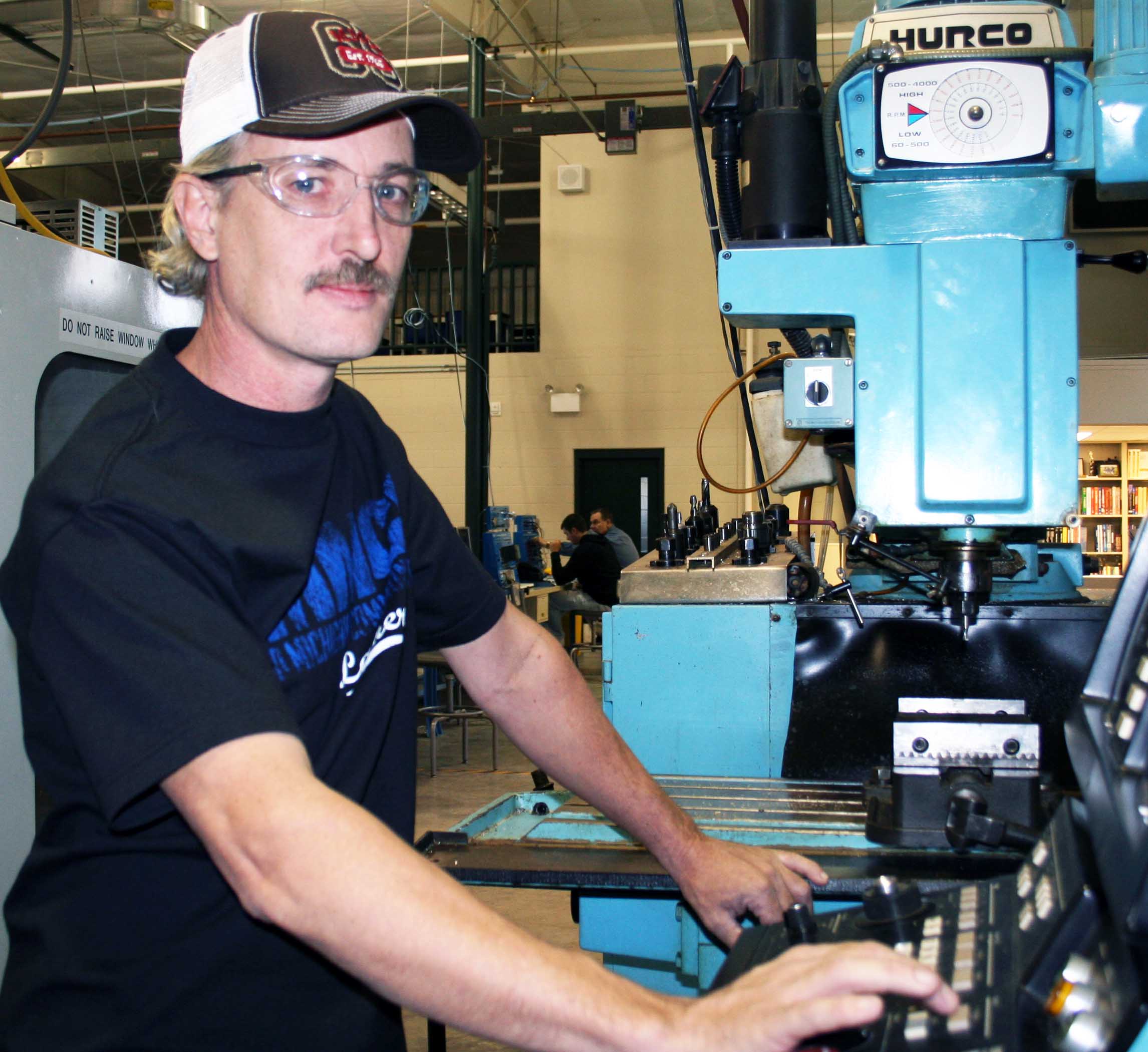 When His Plans Changed at 45-Years-Old, John Decided to Start Over.

For nine years, John worked for a company that he loved. He planned to retire there. But, in 2009, the plant that John worked for closed. At 45-years-old, he lost his job. But, he found something too.

He started over at Mid.

"I worked at a lot of jobs. I did a lot of different things in my life. I even tried to go to college in 1984, but I decided that it wasn't for me, so I quit," John remembers, " I've regretted that choice so many times, especially because I know now that I could have been successful in school. And, I could have had a different life."

After working in all of those jobs, John found employment in a factory where he loved working. He imagined that he'd finally landed a job for the long run. Instead, he was laid off after nine years. And, then, he needed to make a decision about where he would go next.

"Instead of feeling let down, I decided to do something and go back to school. Sure, I felt scared. I worried that I couldn't do it," says John. "But, I loved my time at Mid. The faculty and staff were so helpful that it was easy to make the transition."

In two years, John finished two certificate programs and earned an Associate's Degree in General Technology. His lowest grade was a B+. Because of his achievements, John received the Alumni of the Year Award from the Michigan Works! office that helped to finance his retraining.

John says that his time at Mid taught him a lot more than what he found in textbooks: "I worked hard and learned that education, like most things, is what you make of it. You go in expecting to fail, and you probably will. You plant your feet and work hard, and you can surprise yourself. At least, that's what I found."

John began an internship while he was still at Mid. That internship turned into a new career. He has been a fulltime machinist since September. And, he's thinking about continuing his education.

John's advice to others who are considering returning to college? "You can come back. It can be done. You'll surprise yourself and find out what you're really made of. I have two teenage daughters, and I don't know how I could have set a better example than this: I went to school. I did it."

My experience at Mid Michigan College in pursuit of a Business degree has been both challenging and exciting. The teachers and staff are very knowledgeable of the requirements for my program and helped me to make a plan for obtaining my associate degree.

Not only was I able to find classes that worked with my schedule (as I work full time outside of school), but I was also recently accepted to do an Independent Study for a class that was not offered this upcoming semester and will allow me to meet all of the course requirements for me to graduate next Spring. My experience at Mid has been a very positive one. It’s refreshing to work with a faculty that truly invests themselves, not only in your success at school, but your continued success after graduation by bestowing upon their students the knowledge and skills that are needed in the workplace.

In the spring of 2016, I earned my certificate as a Medical Office Specialist from Mid Michigan College. The Business Information Systems Program here at Mid is exceptional. Being the mom of three boys and working while going to school full time, I found that the classes fit well with my busy schedule.

I took online as well as on campus classes in order to obtain my degree. They are both great. Class sizes at Mid are small and cover practical material using a hands-on approach that is useful in real-life situations, as well as on-the-job experiences.

Mid instructors are wonderful. They articulate the materials well and make it easy to understand. They are friendly, courteous and willing to help students by answering questions and giving individualized attention.