Mid Michigan College is governed by a Board of Trustees elected by citizens who reside in one of the following public school districts: Beaverton, Clare, Farwell, Gladwin, Harrison, and Mt. Pleasant.

The Board of Trustees is comprised of seven members, establishes broad policies governing the function of the College, and forms a vital link between the College and the community.

Four members of the Mid Michigan College Board of Trustees were sworn into office on Tuesday, January 3.

Trustees Weisenburger and Zdrojewski were elected in November of 2022 to serve full 6 year terms, while Trustees Oles and Jankoviak were elected to serve the remainder of years left in terms from previous trustees who resigned their seats.

Mt. Pleasant was added to the College’s In-District Service Area by voters in the May 2021 election. Weisenburger is the first trustee elected from this newly annexed school district.

Trustees were sworn in by Lori Fassett, Associate Vice President of Human Resources at Mid. 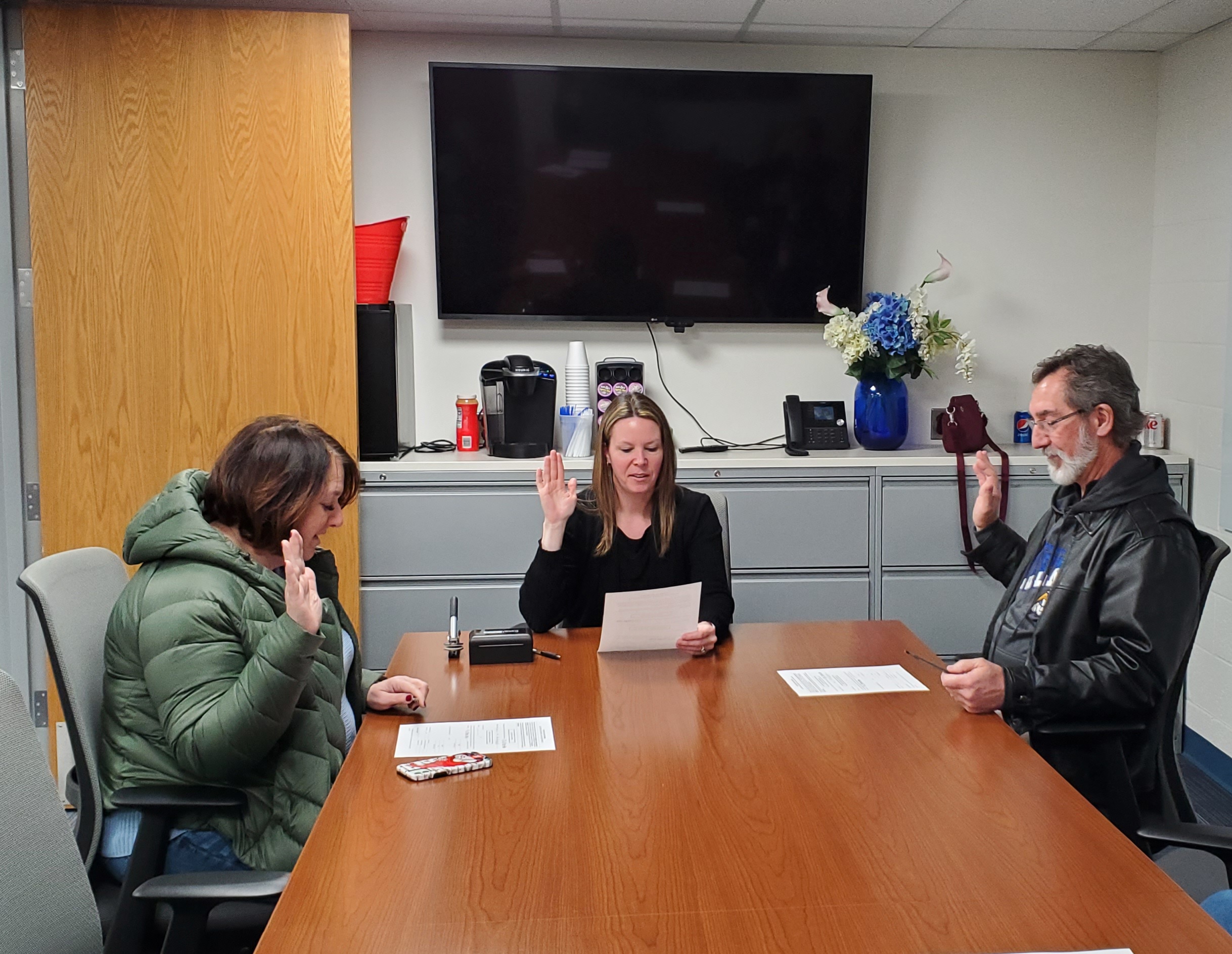