Mid Michigan College will present a millage proposal on the March 2020 ballot for voters in Beaverton, Clare, Farwell, Gladwin, and Harrison school districts.

Mid Michigan College was established and approved by taxpayers from the above school districts in 1965 and became Michigan’s 25th community college. In 1965, voters passed a millage of 1.5 mills to support College construction and operations. Since that time, the millage rate has dropped due to impacts from the Headlee Amendment to 1.2232 mills, the second lowest college millage in the State. 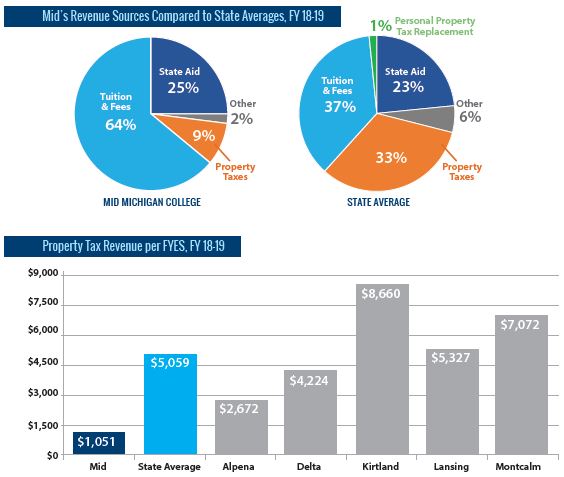 The College’s unstable revenue situation, due to its heavy reliance on tuition, and its low revenue overall have made Mid a very efficient institution.

“Although there is so much more the College would like to do for its students and the communities it serves, Mid has always lived within its means. The College operates well below the State average in both revenue and expenses,” explained Scott Mertes Vice President of Community Outreach & Advancement. 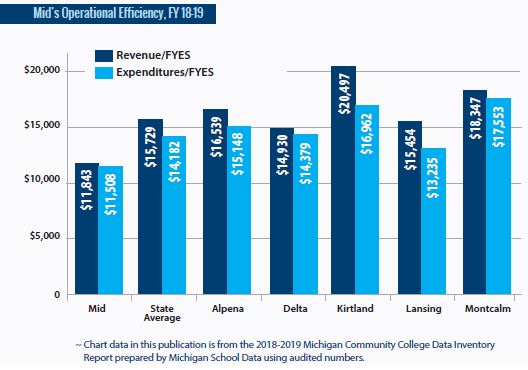 EMSI findings concluded that Mid Michigan College creates a significant positive impact on the business community and generates a return on investment to its major stakeholder groups—students, taxpayers, and society.

In FY 2018-19, Mid added $69.2 million in income to the Clare, Gladwin, and Isabella County economies, and supported 1,314 jobs. For perspective, the activities of Mid and its students support one out of every 43 jobs within the above mentioned counties.

For every tax dollar spent educating students attending Mid, taxpayers will receive an average of $5.50 in return over the course of the students' working lives. In other words, taxpayers enjoy an annual rate of return of 12.5%.

In an effort to stabilize the College’s funding model and build even greater positive community impact in the future, Mid Michigan College’s Board of Trustees, at its December 2019 meeting, authorized a millage proposal for an additional 0.6268 mills to appear on the March 2020 ballot.

If passed, the College’s total millage rate would increase to 1.85 mills for ten years. Revenue from this increase will be used for College operating purposes. Largely, it would fund advanced technology for students and academic programs, including for the health sciences and skilled trades areas.

Taxpayers who own property or live in the school districts of Beaverton, Clare, Farwell, Gladwin, and Harrison, currently and would continue to contribute to Mid Michigan College’s operational funding. Taxpayers and their dependents realize a lower tuition rate as a result of their tax contributions; $129/contact hour vs. $217/contact hour for out-district students based on 2019-2020 tuition rates.

For more information about the millage request, contact Jessie Gordon, Associate Vice President of Strategic Communications, at jmgordon@midmich.edu or (989) 317-4626.