Lisa Baugher began her career at Mid Michigan College in the mid-1990s as she pursued a career in criminal justice.

“I began my work as a corrections officer in the Clare County Sheriff’s Department in 1998,” said Baugher. “I also served on the Dive & Rescue and Emergency Response Teams.”

In 2013, Baugher began working as a corrections officer for the Michigan Department of Corrections. She held different roles over the next several years including Field Training Officer for the State Academy and Library Technician at the Central Michigan Correctional Facility.

“I redesigned the library to make it a safer environment by lowering the bookshelves and creating an open floor plan,” shared Baugher. “I also stopped a theft ring that involved library clerks—it was an interesting time in my career and I continued learning a great deal through my various experiences.”

Baugher’s career continues to this day at the Central Michigan Correctional Facility in St. Louis, and in 2022 she received recognition for her efforts and dedication by being awarded the Facility Officer of the Year Award. 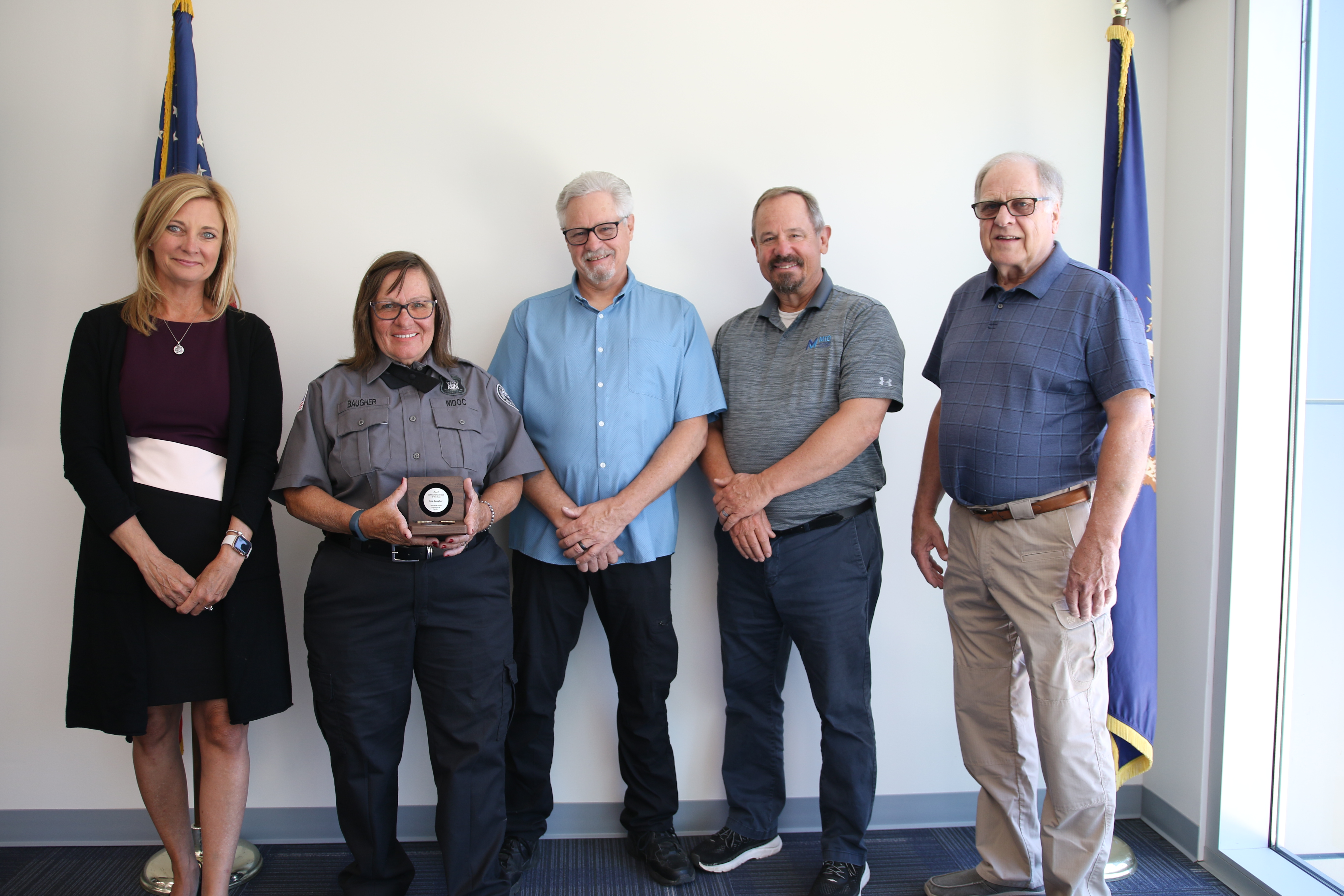 “It just takes one person to make a difference,” shared Baugher. “I’ve been lucky enough to have several people positively impact me over the years, and the education I received at Mid has allowed me to be there for and inspire others.”

Baugher is a force for good, not only through her career, but through volunteer efforts in the community as well. Each year she makes and sells holiday ornaments and uses the proceeds to support Toys for Tots, donate to nursing homes, and sponsor a family for the holiday season.

“Lisa is one of my ultimate success stories,” noted Barney Ledford, Criminal Justice Program Coordinator at Mid. “The most important thing people can believe is that anything is possible!”

Prospective students can learn more about the Criminal Justice Program & Pathways at Mid by visiting midmich.edu/cj or by contacting Admissions at admissions@midmich.edu or (989) 386-6661.