With several talented returning student-athletes and the most experienced head coach, with nine years leading the Lakers, out of the ten ranked teams, the men’s basketball team has a bright season ahead.

“We’re here and we’re hungry,” said Head Coach Kaleb House. “This team has put in the work in the classroom and on the court. I expect great results and so do the men on this team.”

With highly-skilled returning student-athletes, including the MCCAA Freshman of the Year Alexys Carlstrom of Harrison, the team is poised to make first-year Head Coach JT Cleveland’s season a successful campaign.

“We’re a strong team, on and off the court,” noted Head Coach JT Cleveland. “We learn together, build skills together, and we’ll win together.” 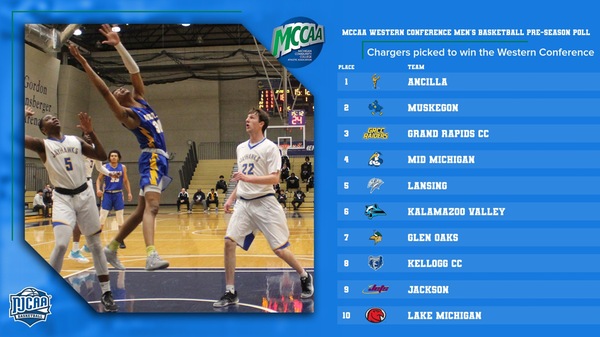