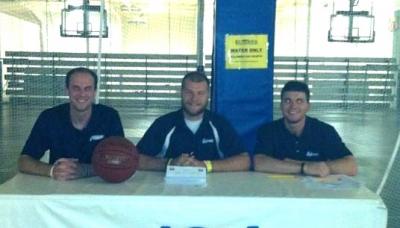 Former Mid Michigan Community College Men’s Basketball player Cody Johnson has signed a letter of intent to continue his basketball career and education at Union College (KY). Cody was a team captain on the Mid Michigan team that won its first ever NJCAA tournament game and an NJCAA Division III Region XII title in 2013-2014. He averaged 10 points and 7.9 rebounds per game. Cody came to Mid Michigan Community College after playing one season at Siena Heights University. He is a 2013 graduate of Fulton High School. Cody plans to continue studying business and will have two years of eligibility at the NAIA Division II institution.

Union College (KY) is coming off a 28-5 season that saw them reach the NAIA DII national tournament in Branson, Missouri.

“Our goal is to continue the development of athletics so they offer a great opportunity for students and provide value to the community,” said Ryan Harkrader, MMCC’s Athletics Director.

For more information about Mid Athletics, contact Ryan Harkrader at rharkrader@midmich.edu or (989) 386-6622 x548.