After a successful 2019-2020 campaign, the Mid Michigan College Women's Laker Basketball team is ready for another great season! The Lakers are hoping to continue and improve on their streak of success. We urge you to come watch the team in action on the court as Coach Rodenbo builds on the team's past success.

We are not able to welcome fans in person due to COVID safety restrictions. If the link doesn't work on iPhones or other devices you can search for MAC TV Network Sports in your YouTube app to find the live streams. 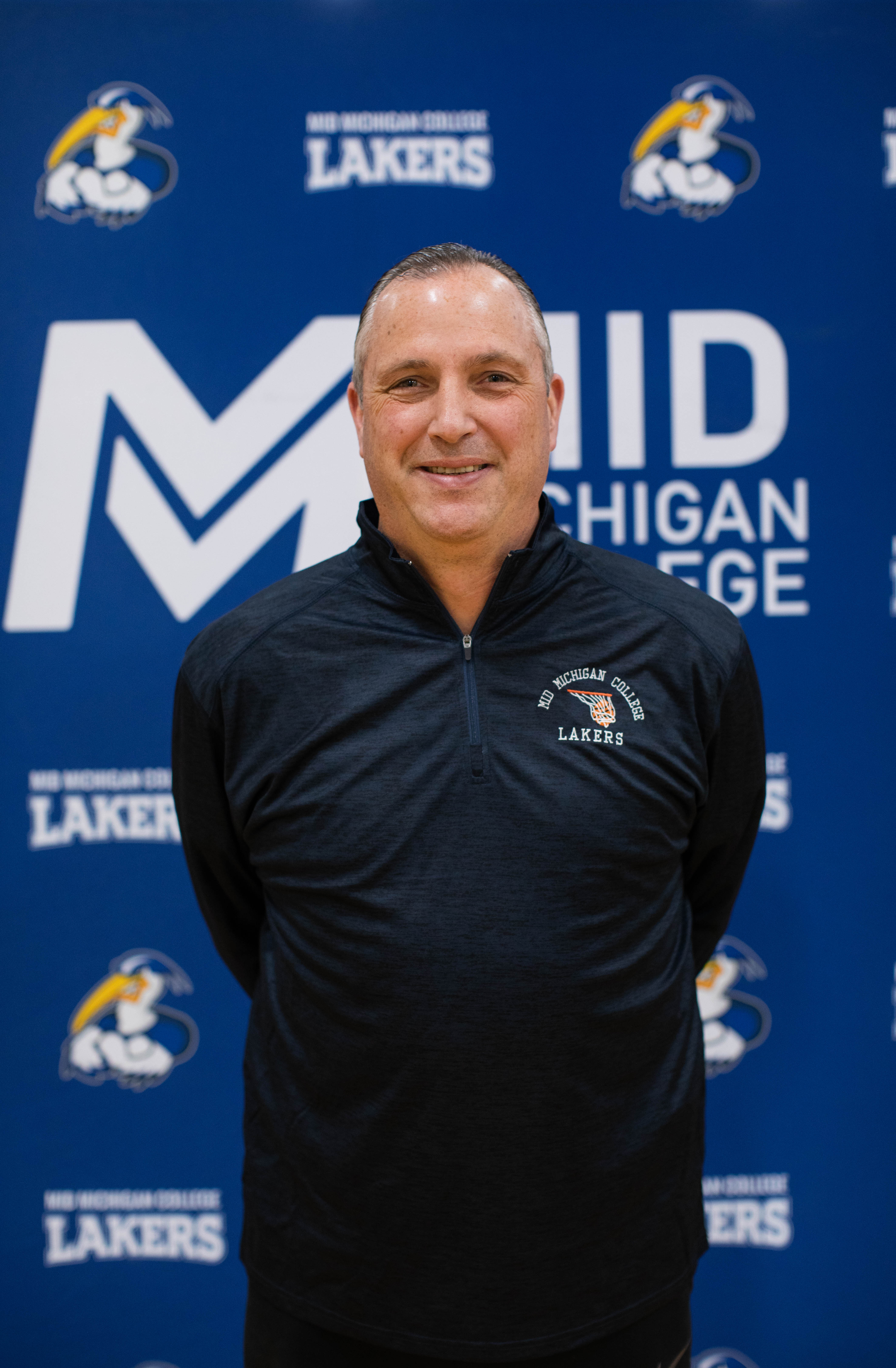 Rodenbo is originally from Alma, Michigan where he graduated from in 1989. He is retired from Clare Public Schools where he was an Administrator and Teacher for the past 21 years. He was elected to the Clare Board of Education for a 4-year term starting in January 2021. While at Clare, he also served as the Girl's Basketball Head Coach from 2010-2013. He graduated from Central Michigan University with a Bachelor's of Science in Education and then earned a Master degree in Educational Leadership. Matt's wife Stephanie is a teacher at Evart Public Schools and they have three sons, Tyler, Scott and Ryan.

Rodenbo's coaching career has spanned over 30 years at all different levels with stints at Alma High School, Coleman High School, and Clare High School. His teams at Clare were extremely successful, winning three Jack Pine Conference Championships with an undefeated record (42-0), and earning district and regional titles (1st in Clare History) in the MHSAA post-season tournament. In his three years at Clare High School, his record was 63-8. He was also the 2013-2014 BCAM Region 15 Coach of the Year.