At Mid Michigan College’s December Board of Trustees meeting, two trustees were recognized for their service to the College. 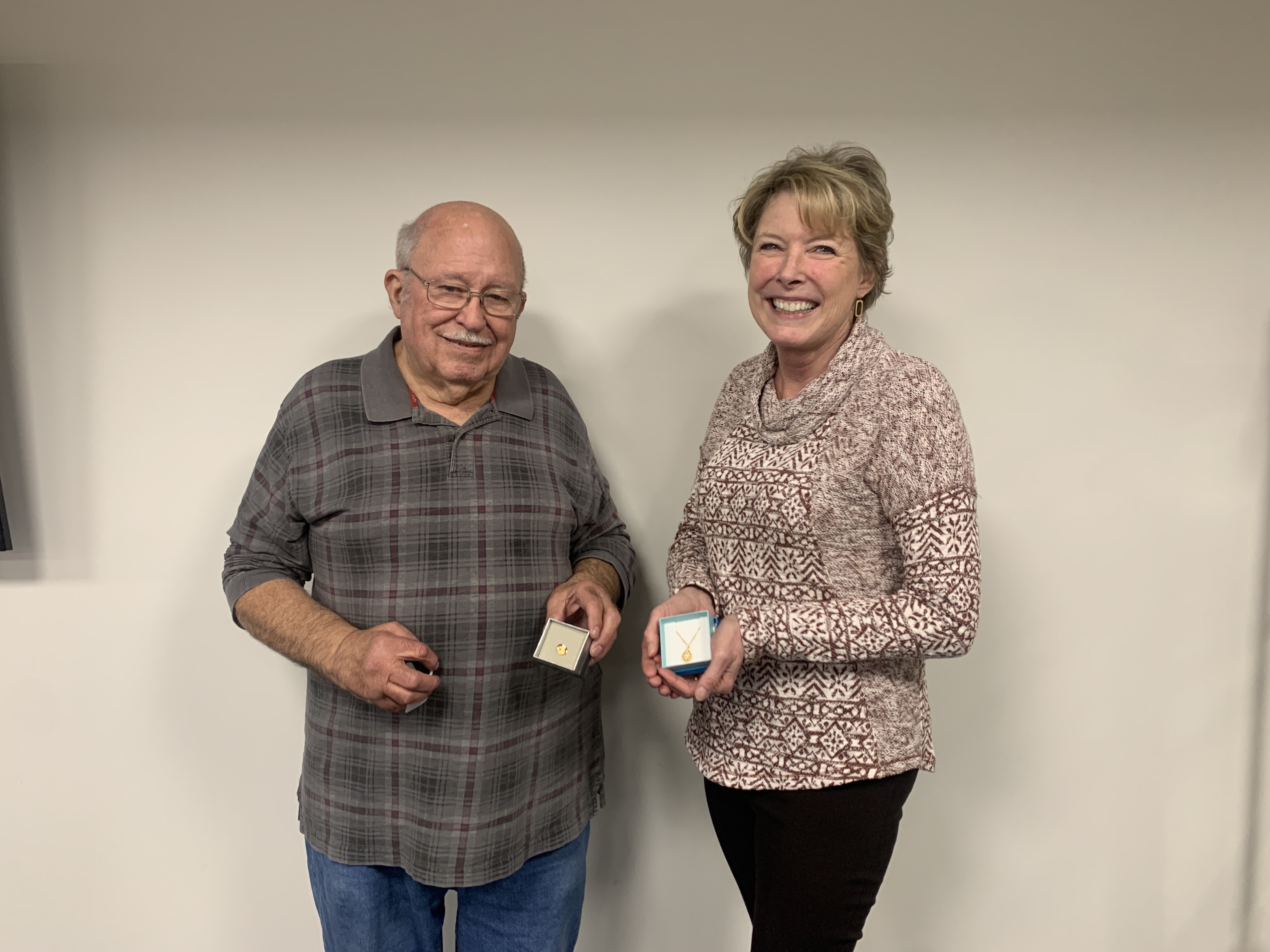 Each year the Michigan Community College Association (MCCA) honors years of service milestones for community college trustees at their summer conference. This year that included Mid Michigan College’s Board of Trustees Treasurer, Thomas Metzger, who was recognized for 30 years of service.

“Since Tom was not able to attend the conference this past summer, MCCA mailed his recognition pin and I was honored to award it to him,” shared Terry Petrongelli, Mid Michigan College Board of Trustees Chair.

Metzger represents the Beaverton area and is retired from General Motors, where he held the position of Journeyman in Machine Repair for 38 years. He holds a Bachelor of Science degree in Mechanical Engineering from Central Michigan University.

The meeting was Petrongelli’s last, as she made the decision to not run for re-election.

“Terry has served on Mid’s Board of Trustees for 14 years and will be greatly missed,” noted Tim Hood, Mid Michigan College President.

During her thirty-year career as a teacher for Harrison Community Schools, Petrongelli held elementary, middle school, and secondary positions. In addition to her service on Mid’s Board, she has served as a board member for the Harrison Dance & Creativity Centre and Hard Times Café, as well as a Literacy Coach for the Center of Excellence in Education at Central Michigan University.

“The College is lucky to have such a dedicated group of trustees,” said Hood. “Their experience, guidance, and service to Mid cannot be overstated.”

Mid Michigan College is governed by seven publicly elected members of its Board of Trustees. These residents of Clare County, Gladwin County, and the Mt. Pleasant School District, the College’s in-district service areas, ensure that Mid achieves its mission to develop knowledge and ability to empower learners and transform communities by providing exceptional, affordable, and open access to post-secondary education in the mid-Michigan region.

Mid Partners with Toys for Tots