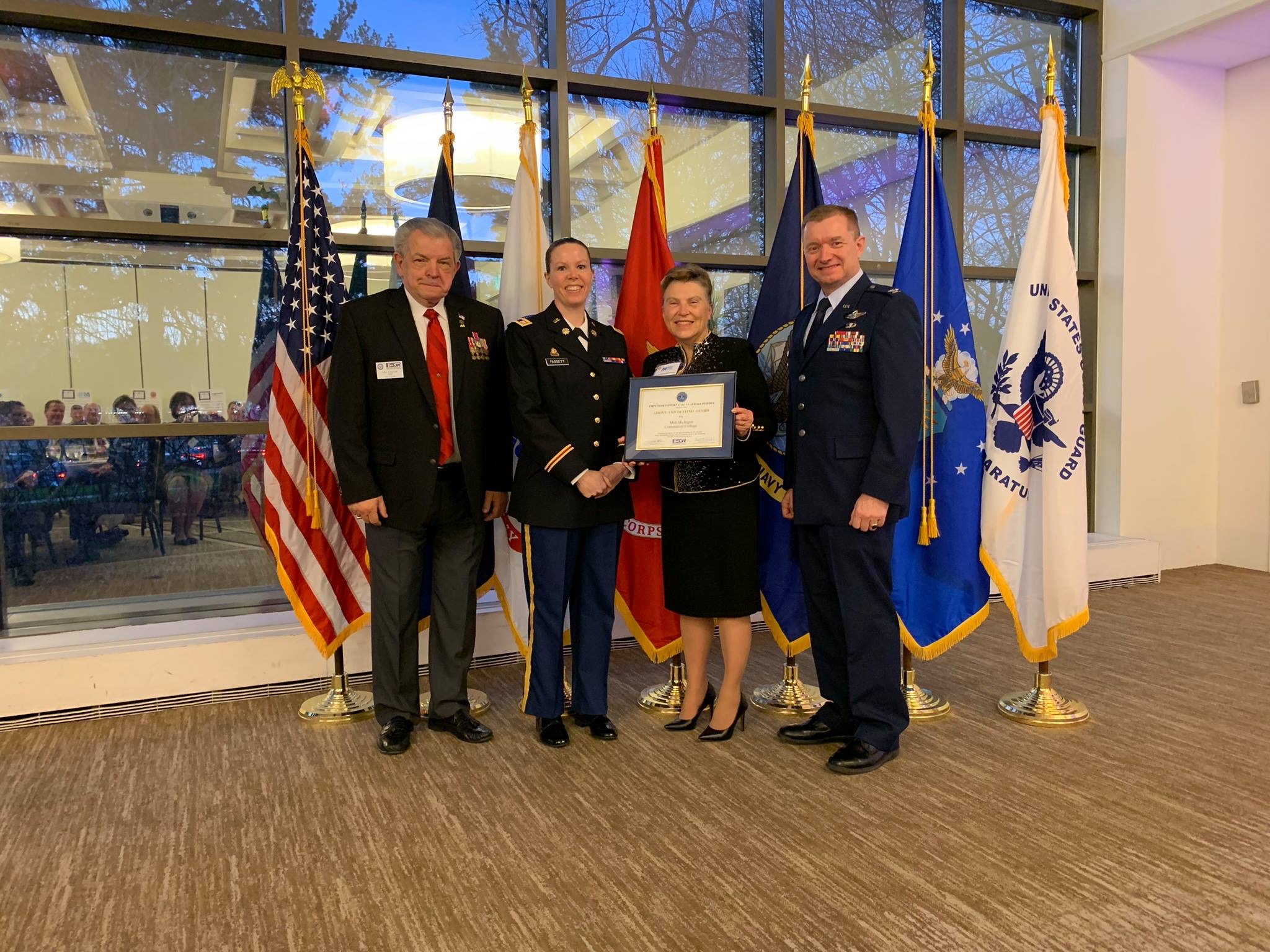 Mid Michigan College recently received the Above and Beyond Award from the Employer Support of the Guard and Reserve (ESGR). ESGR was established in 1972 by the Department of Defense to promote cooperation and foster understanding between service members and their civilian employers.

The Above and Beyond Award recognizes employers who have gone above and beyond the legal requirements of the Uniformed Services Employment and Reemployment Rights Act by providing their Guard and Reserve employees additional, non-mandated benefits such as differential or full pay to offset lost wages, extended health benefits, and other similar benefits.

The award is given in limited numbers to employers who have had at least one of their administrative level employees recognized with a Patriot Award, and who have signed or agree to sign an ESGR Statement of Support.

The Patriot Award reflects the efforts made by a particular individual to support citizen warriors through a wide-range of measures including flexible schedules, time off prior to and after deployment, caring for families, and granting leaves of absence if needed.

The nominations for both awards were made by Lori Fassett, Associate Vice President of Human Resources at Mid and a current Captain in the Michigan Army National Guard (MIARNG).

“I was inspired and motivated to submit these nominations because of the outstanding support offered by the College and given by co-workers,” shared Fassett. “There are many employees that support active military members when we are away, and I wanted that support to be recognized.”

The College has also been recognized by the Michigan Veterans Affairs Agency (MVAA) as a Military Friendly Employer and Military Friendly College for the past several years. MVAA recognizes organizations that commit to military veteran recruitment, training, and retention practices.

“These MVAA achievements, along with the recent ESGR awards, demonstrate Mid’s ongoing commitment to veterans and active service members. From students to employees, Mid stands tall as an organization that offers support and resources for military service members,” noted Fassett.

For more information about employment opportunities at Mid, visit midmich.edu/jobs or contact Lori Fassett at lfassett1@midmich.edu or (989) 386-6622 x692.