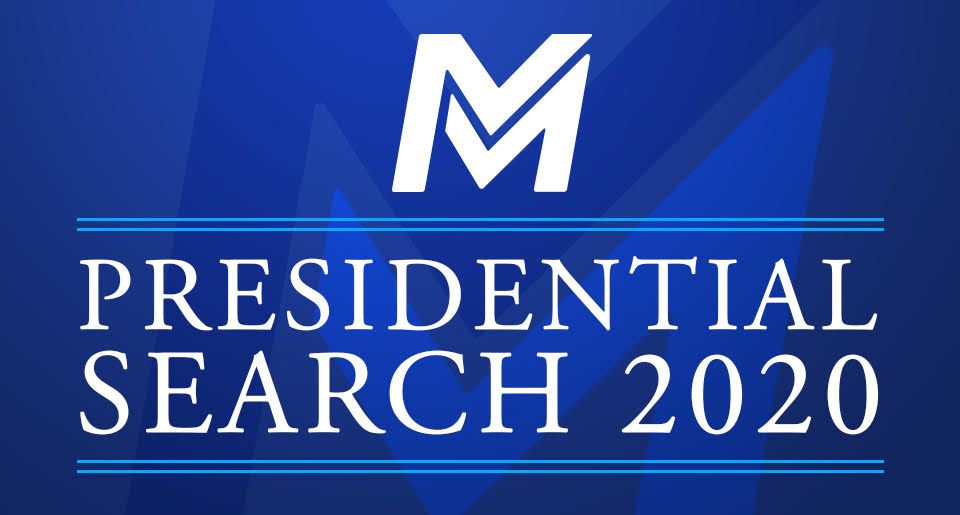 Mid Michigan College President, Dr. Christine Hammond, will retire from her presidency in June 2020, six years after entering the role.

President Hammond began her presidency in 2014, the year that the College opened two new buildings in Mt. Pleasant and celebrated its 50th year of service to the mid-Michigan region. Before joining Mid, she served as the Chief Academic Officer at North Central Michigan College. Having held various college and university roles over her professional career, she brought decades of expertise in higher education leadership to Mid.

Since her arrival, the College has expanded services to its students by creating a career center, veteran resource center, and by improving its overall student services model. Student wellness services, international opportunities, and athletic offerings have also expanded under her presidency.

In fall 2014, when the Michigan Center for Student Success launched its Michigan Guided Pathways Institute, President Hammond recommended that it be held at the College’s newly-opened Center for Liberal Arts and Business. Later that year, Mid became one of the first community colleges in the State to sign on to the new initiative. Since that time, Mid has developed nearly 60 academic pathways (semester-by-semester course sequences) to increase the number of students completing their degrees.

President Hammond has developed and advocated for the College’s shared governance system, launched during her presidency. Likewise, she promoted leadership at all organizational levels and has supported enhanced professional development opportunities for all College employees.

Committed to community service, she serves on the Central Region Board of MidMichigan Health System, the ACE Michigan Network for Women, National Association of Community College Entrepreneurs, MSU District Extension Advisory Council, MSU AgBio Research Council, the Phi Theta Kappa National Advisory Board, and the Clare Rotary. Her dedication to community-building is evidenced by Mid’s revitalization of Lifelong Learning and Community Education programming, as well as the College’s expanded course offerings in under-served communities and to dual enrolling high school students.

This dedication to community development is also demonstrated by President Hammond’s commitment to workforce development and deepening the skilled-labor pool in mid-Michigan. She strengthened ties between the College and the Central Michigan Manufacturers’ Association (CMMA) and the Great Lakes Bay Regional Alliance (GLBRA), supporting increased connections between Mid’s skilled trades programming and local employer needs. In response to growing demands for industry-based credentials, she supported Mid’s involvement in the National Coalition of Certification Centers (NC3)—an affiliation through which Mid’s students have earned hundreds of certifications from industry leaders like Trane, Snap-on, Starrett, and Cisco.

Before she retires, President Hammond will see renovations conclude on the College’s Harrison Campus. The project’s $12 Million investment replaces deteriorating infrastructure and mechanical systems, making it one of the most energy-efficient community college buildings in the State. It offers inviting student gathering spaces and creates active-learning classrooms. Combined with the new Poet Family Outdoor Education Center, the new facilities create a welcoming atmosphere on the Harrison Campus for members of our communities. The renovations stem from the College’s Campus Master Plan, developed in 2015 by architectural firm Newmann-Smith in consultation with over 200 community and College stakeholders—another effort initiated by President Hammond.

President Hammond’s efforts on behalf of Mid, its students, and its employees, have been recognized at the State and national level. She received the Shirley M. Gordon Award of Distinction from Phi Theta Kappa, the Patriot Award from the Employer Support of Guard and Research in 2018, and the Key Partner Award from MSU Extension in 2019.

“Christine has worked tirelessly to set Mid on a path for future success and vitality. No one works harder than she does, and we are incredibly grateful for her vision, her dedication, and her leadership,” said Douglas Jacobson, Chair of Mid Michigan College’s Board of Trustees. “When we selected Christine for president in 2014, we wanted someone innovative and bold—and she has been exactly that.”

Although President Hammond will be concluding her presidency at Mid, she does not anticipate retiring altogether from higher education. She plans to continue offering her expertise and guidance to other colleges through consultative and professional services.

“It’s been a privilege to serve Mid Michigan College and the mid-Michigan region. As with most endings, this one is bittersweet. My husband, Tom, and I look forward to the new adventures in my life, but I’ll miss the professional and personal connections that I’ve built over the past six years,” explained Hammond.

For the next Presidential Search, Mid Michigan College has contracted with Pauly Group, Inc., a national search consulting firm that works exclusively with community and technical colleges. The College’s Board of Trustees will soon announce the Presidential Search Committee responsible for identifying and interviewing candidates. Applicant recruiting will begin by early February, with the Board of Trustees inviting final candidates for interviews in April.