The Distinguished College Administrator Awards are presented to college vice presidents, deans, or directors serving at post-secondary institutions who have shown strong support of student success on their campus by recognizing academic achievement, leadership, and service among high-achieving students.

Recipients were nominated for the award by the students on their campus. Dr. Scott Mertes, Vice President of Academic Affairs & Community Outreach, is Mid Michigan College’s recipient.

“Dr. Mertes is a champion for our students and they wanted him to be recognized for his efforts,” noted Tammy Alvaro, Director of Student Advancement and Mid’s PTK Chapter Advisor. “Scott was nominated for his encouragement of student programs, events and success, as well as, promoting Phi Theta Kappa membership, efforts among others.”

“I’m honored to receive this award, but the real recognition should go to our students who have persevered through these unprecedented times,” shared Mertes. “They have continued to achieve academic excellence and make progress toward their goals, even as they experienced new ways of learning and personal challenges.”

Phi Theta Kappa is the premier honor society recognizing the academic achievement of students at associate degree-granting colleges and helping them to grow as scholars and leaders. The Society is made up of more than 3.5 million members and nearly 1,300 chapters in 11 nations, with approximately 240,000 active members in the nation’s colleges. Learn more at ptk.org.

Mid launched a Phi Theta Kappa (PTK) chapter in 1989. Over the past 32 years, Mid’s chapter has earned and maintained the highest level of achievement - a 5 Star Chapter. 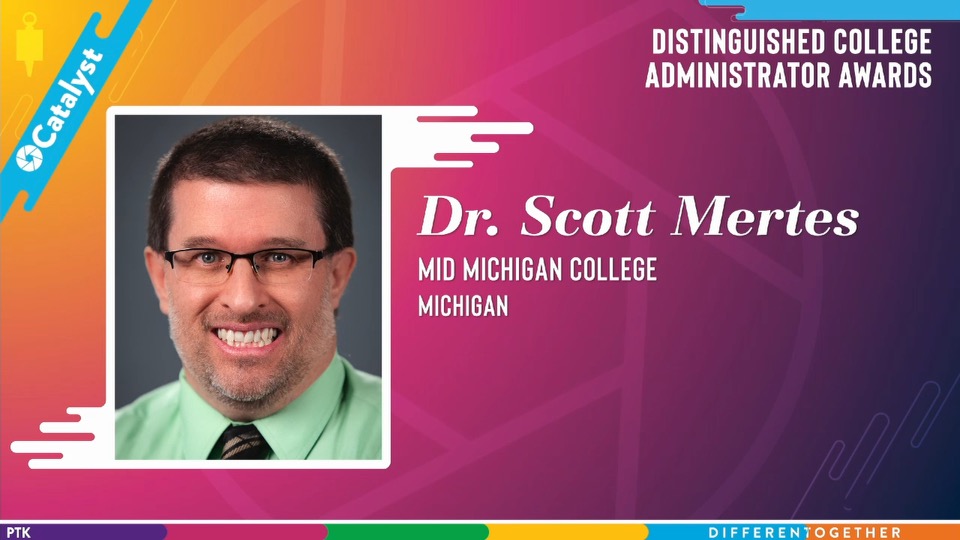