Originally Published 9:42 pm CDT, Friday, May 8, 2020 by the Pioneer Group Ray will attend Alma College to finish out her degree in special education, where she officially will be a two-sport athlete for the first time since high school. For the last two years, Kaitlyn Ray has starred on the basketball court for Mid Michigan College, but next fall a new journey will begin for the former BR Cardinal.

In addition to being a member of the Scots’ basketball team in the winter, she will also take to the pitch for the soccer team when classes begin in late August.

Ray said she was very thankful for the many fun and learning experiences she had during her two-year stint at Mid, and that she has some nerves and excitement to take the next step.

“Even though it was just a two-year community college, I got so much experience playing and I set a couple of records,” Ray said. “My coaches were amazing. I just feel like if I had gone to a bigger school, maybe I wouldn’t have got the experience I did at Mid Michigan.” 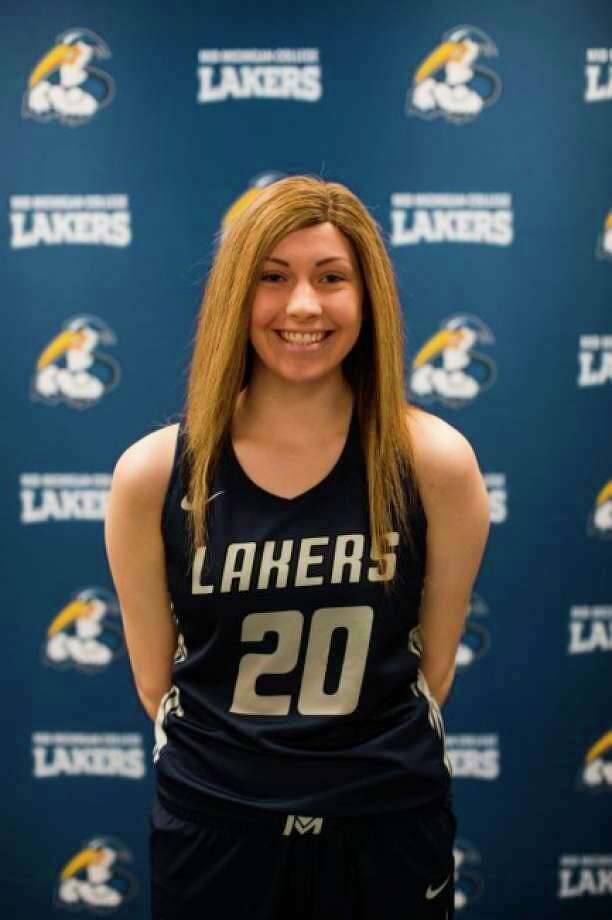 Kaitlyn Ray will be headed to Alma in the fall, where she will play both basketball and soccer. (Courtesy photo)

She said that soccer was always her first love as far as sports are concerned and missed not having the chance to play the game for essentially two years with no women’s soccer team at Mid.

While it was a difficult decision to leave soccer on the back burner, Ray said it is a decision she doesn’t regret looking back and is eager to have the privilege of being a two-sport student-athlete.

“Mid was just so perfect and I thought that I would have a hard time balancing the two with my education,” Ray said. “I honestly thought that I liked basketball better, and then I realized how much I missed soccer.”

With about three months until the fall semester is scheduled to commence, Ray has already spoken with her new head coach and expressed her gratitude for having a chance to be a collegiate soccer player.

Ray told her future coach that she is willing to do whatever it takes to make up for lost time.

“I’ve been so used to playing (soccer) my whole life and have just missed it so much,” Ray said. “Just to have the opportunity is amazing.”

As a native and soon-to-be resident of Mount Pleasant, Alma College was destined to be the perfect fit for Ray both academically and athletically, even though she said she wasn’t aware of it.

In many ways, Ray signing on to become a Scot for her final two-plus years of college was meant to be.

“Realistically, there’s not a lot of schools where I can play the sports that I want to play and go for my major,” Ray said. “It was kind of just a perfect match. I went to visit (campus) and I absolutely loved all the people and the coaches are amazing — it just seemed right.”