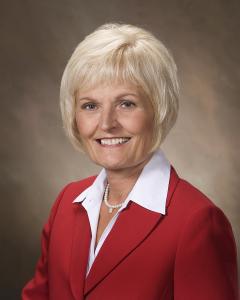 Carol A. Churchill became the fifth president of Mid Michigan Community College on July 1, 2007. In this role, she provides overall leadership to the college which serves more than 7,000 students annually at three campus locations in the tri-county region of Clare, Gladwin, and Isabella Counties.

Since arriving at MMCC, President Churchill has focused on managing unparalleled growth and on carrying out one of the most ambitious construction and renovation programs in the college's history. She has led the development and implementation of strategic planning that encompasses four enduring goals: Enabling Student Success, Enhancing Employee Success, Engaging the Community, and Improving Institutional Effectiveness.

President Churchill is involved in several local and state organizations, serving as an active member, officer and/or board member of Clare Rotary, Clare County United Way, MidMichigan Health - Gladwin, Harrison Women's Association, Union Township Downtown Development Authority, Middle Michigan Development Corporation, Vision 20/20 Isabella County, Michigan Virtual University, American Council of Education Women's Network, and the President's Council of the Michigan Community College Association. In 2011, she won both the Outstanding Community Service award from Clare Rotary and the Shirley B. Gordon Award of Distinction for her efforts in promoting the goals of Phi Theta Kappa, the international community college honor society. She is a frequent speaker for local and statewide organizations.

President Churchill has twenty three years of administrative experience within the Michigan Community College system. From 2003 to 2007, she served first as Dean of Student Success and then as Vice Provost for Economic and Workforce Development at Macomb Community College in Warren, Michigan. For fifteen years, she served in a variety of roles at Southwestern Michigan College (SMC), including Placement Counselor, Director of Work Experience Programs, Dean of Enrollment Management, and Vice President for Student Services. She has taught on both the secondary and postsecondary levels.

President Churchill received an Associate in Arts degree from SMC. From Western Michigan University, she received a Bachelor of Arts degree in English and social science as well as the Master of Arts degree in educational leadership with an emphasis in human resource development. She is also a graduate of the Executive Leadership Institute of the League for Innovation in the Community College.

President Churchill and her husband, Jim, owned and operated a 656 acre farm for nearly 25 years and still own a family farm in southwestern Michigan. Jim is a timber buyer, specializing in purchasing high quality hardwoods in Michigan; he also plays an active role in representing MMCC to the community. They have three children and eight grandchildren. In their leisure time, Jim and Carol enjoy outdoor activities including bicycling, golfing, canoeing, snowshoeing, and four-wheeling. 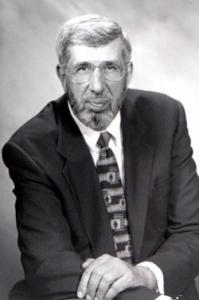 Ron Verch served as President of Mid Michigan Community College from April 1997 to June 2007. He was employed at the College since September 1968 first as a History/Economics faculty member, and then as Associate Dean of Instruction and Vice President. Ron received his Masters and Bachelors degrees from Northern Michigan University, Marquette, and attended the University of Montana Missoula in the Doctoral Program. He has prior experience in education working at the University of Montana and Northern Michigan University, and served in the United States Air Force.

Mr. Verch's many community activities include Secretary, East Downtown Development Authority-Union Township; Clare Downtown Development Authority; Member Clare Rotary; Human Aid Inc. Board of Directors; and the Literacy Advisory Council. Other affiliations and memberships include the Michigan Association of Community Colleges Board of Directors, American Management Association, and American Association for Higher Education. Ron and his wife, Peg, are residents of Clare. 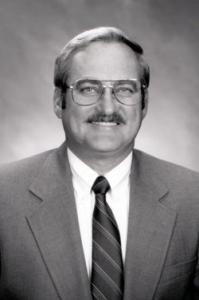 Dr. Corrigan was President of MMCC from June 1990 to July 1996. Corrigan was selected to serve as Mid’s fourth president while employed as Dean of Administrative Services at Flathead Valley Community College in Kalispell, Montana. He was formerly employed at Mid Michigan Community College as Dean of Occupational Education from 1974 to 1983, so was familiar with the school and the community.

Dr. Corrigan was brought on board at the college during the accreditation self-study and worked with the board of trustees and college administrators to continue to keep a high level of education consistent with technological advances taking place.

Dr. Corrigan and his wife, Rennie are once again residents of Kalispell, Montana. Corrigan spends his retirement on horseback roundups in the Flathead Valley. He assists in calving, branding and weaning, and loves to cook for the ranch hands. Rennie teaches woodcarving (mostly Santas) using hand tools and makes homemade soaps. 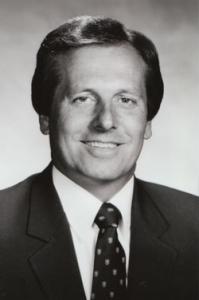 He came to the mid-Michigan area from Estherville, Iowa where he was Vice President for Instruction at Iowa Lakes Community College.

Dr. Schorzmann received his doctorate in educational administration, with an emphasis in community college administration from Nova University at Fort Lauderdale, Florida. 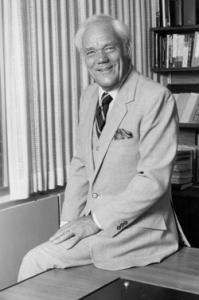 During his first 20 years at MMCC, Dr. Gillaspy assisted in the ongoing development 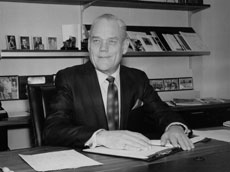 Mrs. Gillaspy shared the professional interests of her husband exemplified a true appreciation for education as professor of physical education at Central Michigan University. She retired in 1983.

Anyone who has photos that are missing, or biographical additions/changes to be considered, please contact Amy Lince, Executive Assistant to the President and Board of Trustees at alince@midmich.edu or via phone at (989) 386-6601